History
Contact Us
Board / Staff
How Can I Help?
Employment

The burgeoning need for a library in the Rock Hill community became apparent in the early 1940s. While the city of Rock Hill operated their own schools, residents were still required to visit neighboring towns to use a public library. On November 19, 1943, representatives from several prominent local organizations, including the Lion’s Club and the Rock Hill Improvement Association, came together at Fairfax House to form the Rock Hill Village Library Association. Through tireless effort and generous donations of time and materials, the Rock Hill Public Library first opened its doors on June 4, 1944. Housed in two second-floor rooms of the historic Fairfax House, the library numbered 1600 books and was open two days a week. During these early years, the library was staffed entirely by volunteers.

After a period of some financial uncertainty, a 10¢ tax was submitted and approved in 1947, giving the library a solid fiscal base from which to grow. Following the passage of this tax, a Board of Trustees was formed to manage the library’s budget and a full-time librarian was hired.

In 1957 the library was moved to the old Lions Club property at 9620 Manchester Road, the site of the future Rock Hill City Hall. The newer facilities allowed the library to expand its collection to over 6000 books and diversify its services. While the new city hall building was under construction at this site from 1963 to 1964, the library was temporarily housed in the Rock Hill Presbyterian Church. When the new Rock Hill City Hall and Library was completed and dedicated May 16, 1965, the library owned 20,000 volumes and employed a staff of five people.

On May 31, 1996, the Rock Hill Public Library and seven other local libraries formed the Municipal Library Consortium (MLC). Webster Groves joined later, bringing the number of member libraries up to nine. Membership in the MLC has allowed Rock Hill Public Library to provide its patrons with a greatly expanded catalog of library material, as well as a convenient delivery service.

In August of 2005, the Rock Hill Public Library was forced to vacate its location in the City Hall building due to redevelopment. On January 3, 2006, the library reopened in the Colonial Square Shopping Center on Manchester. During this time, the library began to search for a permanent home with facilities that could accommodate its needs. After purchasing and renovating the old MAB paint store, the library finally moved into its current home at 9811 Manchester Road in July of 2012. Currently, the library houses over 19,000 volumes and employs two full-time employees and three part-time employees. The library celebrated 77 years of service to the community in 2021. 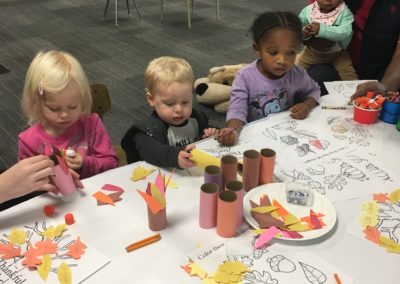 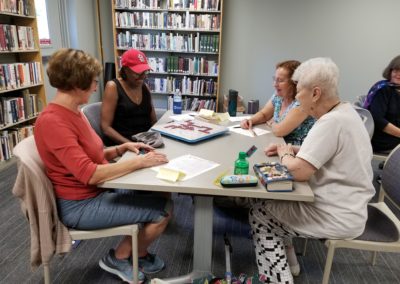 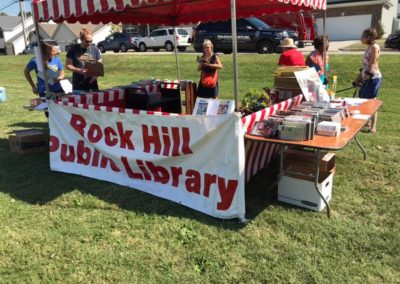 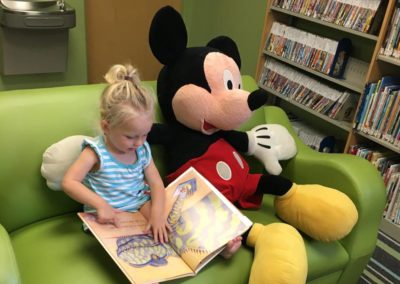 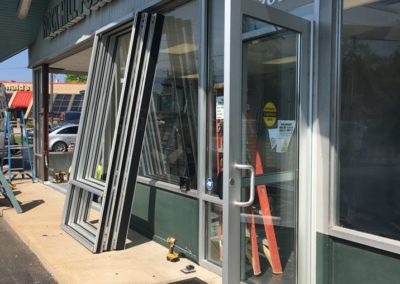 Do you love the library? Are you looking for a way to get involved in your community? The Rock Hill Library has a great volunteering opportunity! We have an open Board seat waiting to be filled by an enthusiastic Rock Hill resident. All applicants must live within the city limits of Rock Hill, Missouri. Please print and fill out the attached application, then scan and email it to patron@rhplmo.org or call us at 314-962-4723; please address all email inquiries to “Library Director.” We will contact each applicant with further information.

How Can I Help?

Thank you to our teen volunteers during Summer Reading Club! Please check back here for future volunteering opportunities.

We have an ongoing book sale in the library and a book sale at the annual Rock Hill Fall Festival; we periodically accept both gently used books and DVDs. Please call to confirm before bringing your donations.

Please check back – there are no openings at this time.