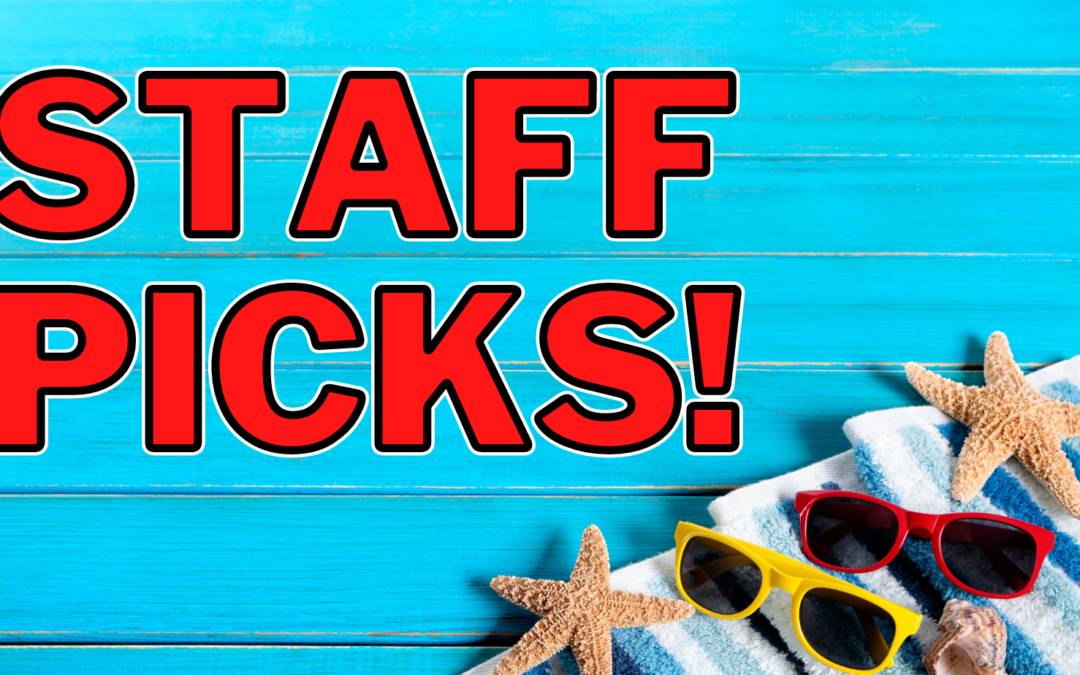 Summer is here, and so is RHPL’s summer reading recommendations! Check out our staff picks for the summer, and be sure to place holds on these books and more on our website at rockhillpubliclibrary.org.

Julie Otsuka takes a deep dive into a community of recreational swimmers in this new novel. In the first part of the novel, readers get a feel for the swimmers’ varied reactions when a mysterious crack appears at the bottom of their beloved pool. The second part of the novel takes a closer look at one swimmer named Alice as her dementia progressively worsens following the pool’s inevitable closure. The end result is an enchanting, deeply moving novel about the struggles of a woman in the throes of dementia and how she relates to her community and family.
Available at: Brentwood, Ferguson, Kirkwood, Maplewood, Richmond Heights, Rock Hill, University City, Webster Groves 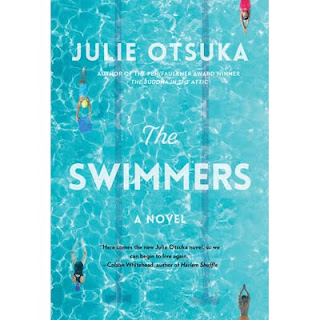 The Baseball 100 by Joe Posnanski (2021)
This nonfiction work from award-winning sportswriter Joe Posnanski is a must-read for any baseball fan. The Baseball 100 tells the story of the great American pastime through the lives of the 100 greatest baseball players. Posnanski provides an in-depth analysis of the biographies of iconic Hall of Famers, stars of the Negro Leagues, forgotten heroes, talents of today, and more.
Available at: Kirkwood, Maplewood, Rock Hill, University City, Webster Groves 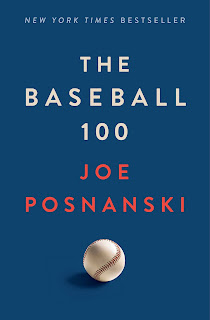 Groundskeeping by Lee Cole (2022)
Groundskeeping is a coming of age novel about a young man, Owen Callahan, finding his way in the world. It is contemplative and not at all plot-based. I was reminded a lot of Sally Rooney, especially in that both main characters are writers coming up through fancy writing programs and grappling with the mishigas that is inherent in navigating a reflective life inside the auspices of an intense collegiate program, with elitist undertones. Underneath Owen’s struggle is a mirror upon the world and a masterful turn of phrase.
Available at: Brentwood, Kirkwood, Richmond Heights, Rock Hill, University City, Webster Groves 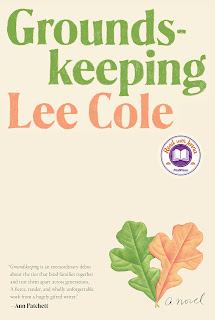 The Anthropocene Reviewed: Essays on a Human-Centered Planet by John Green (2021)
Named after the current geological age, in which human activity has profoundly shaped the planet and its biodiversity, this essay collection features reviews on a wide range of topics. From the QWERTY keyboard to the Indianapolis 500, John Green reviews various human-centered topics on a 5-star scale in his first ever nonfiction work. Hard to define but easy to recommend, this book is a quick read that is rich in detail and humor.
Available at: Brentwood, Kirkwood, Maplewood, Richmond Heights, University City, Webster Groves
Joan is Okay by Weike Wang (2022)
Meet Joan, a thirtysomething ICU doctor who is successful and happy with her simple life. However, everything changes when her mother moves back to the Untied States after Joan’s father dies. Suddenly, Joan feels pulled in multiple directions as she is forced to question her position in the world. Her supervisors encourage her to take time off work—a tragedy in its own right in poor Joan’s eyes—her mother insists she restructure her entire life, and even her doorman suggests ways to spice up her love life. Wang captures Joan’s struggle to reconcile her sense of self with what others expect of her in this quirky read.
Available at: Ferguson, Kirkwood, Maplewood, Richmond Heights, Rock Hill, University City, Webster Groves 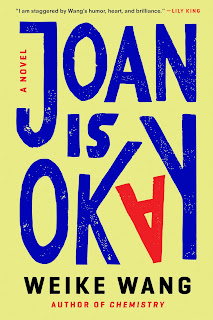 There There by Tommy Orange (2018)
This debut novel from Tommy Orange follows twelve Native American characters who are all going to a powwow in the Oakland, California area. These interconnected stories of self-described Urban Indians detail violence and recovery, hope and loss, identity and power, dislocation and communion, and beauty and despair. What transpires is multigenerational, complex, and full of beauty.
Available at: Brentwood, Ferguson, Kirkwood, Maplewood, Richmond Heights, Rock Hill, University City, Webster Groves 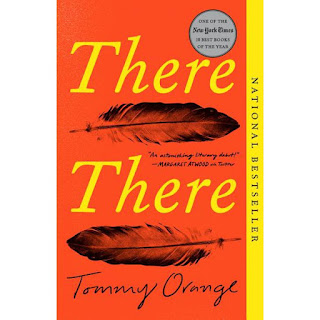 Honor by Thrity Umrigar (2022)
In the newest novel from bestselling author Thrity Umrigar, Americanized journalist Smita returns to her homeland of India to cover the story of Meena, a Hindu woman who was brutally attacked by members of her village for marrying a Muslim man. Smita is accompanied on her journey by Mohan, a proud Indian guide who at times serves as a devil’s advocate. As Meena’s fate hangs in the balance, Smita is forced to reconcile her feelings about the country she once called home, as well as her feelings about Mohan.
Available at: Brentwood, Ferguson, Kirkwood, Maplewood, Richmond Heights, Rock Hill, University City, Webster Groves 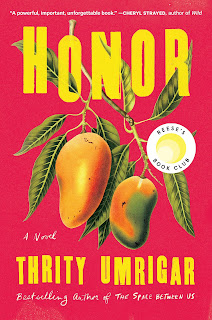 Needlework by Julia Watts (2021)
Set in rural Kentucky, this novel follows sixteen-year-old Kody who loves quilting, cooking, and Dolly Parton. He dutifully helps his grandma care for his opioid-addicted mother until the discovery of a family secret upends everything he has ever believed. Equal parts uplifting and heart wrenching, this book captures what it’s like to grow up in rural America in 2021.
Available at: Kirkwood, University City 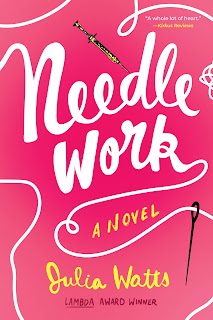 The Missing Piece by John Lescroart (2022)
When a man convicted for the murder of his girlfriend is exonerated and later turns up dead, defense attorney Wes Farrell takes action to find out who killed him. The number one suspect? The deceased girlfriend’s father, Doug. The case becomes even more complicated when Doug is also murdered, and Wes enlists the help of PI Abe Glitsky and Dismas Hardy to help him solve the case. If you’re into a solid mystery with thrilling twists and turns throughout, this book is for you!
Available at: Brentwood, Ferguson, Kirkwood, Richmond Heights, Rock Hill, University City, Webster Groves
The Candy House by Jennifer Egan (2022)
In The Candy House, tech mogul Bix Bouton creates a technology which allows users to access every memory they’ve ever had and to share every memory in exchange for access to the memories of others. The technology attracts scores of users, but not everyone is satisfied with the outcome. Egan delves into the consequences of such a technology and its impact on society.
Available at: Brentwood, Kirkwood, Maplewood, Richmond Heights, Rock Hill, University City, Webster Groves 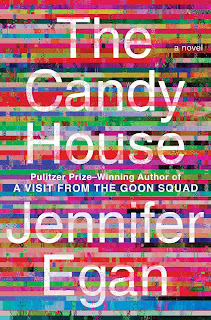