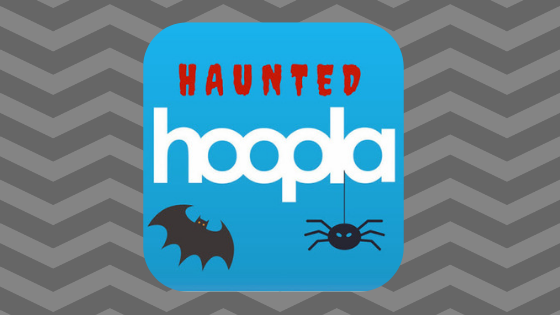 If you haven’t tried Hoopla yet, you are missing out. Hoopla Digital is a free service to Rock Hill residents through the library. Hoopla allows you to check out materials from anywhere. Imagine Netflix meets Spotify meets Audible meets Kindle – all for free!

With Hoopla, you can instantly borrow movies, TV shows, audiobooks, e-books, music, and comics for free. The best part? No late fees. Ever. Everything automatically returns. You get 8 checkouts per month with your card.

Signing up is simple. Download the Hoopla app to your phone or tablet or visit hoopladigital.com. Input an email, a password, and your library card number (on the back of your card) and voila!

When the temperatures drop and the leaves begin to change, it’s officially the spookiest season of all. If you’re looking for a quality thriller/horror movie to get you in the Halloween spirit, look no further than Hoopla! Here’s a few unconventional horror movies to try:

What We Do in the Shadows
Directed by Taiki Waiti, Jemaine Clement. Rated R. Comedy with a touch of gore.

Contemporary New Zealand vampires are just like us: they have disagreements with their room mates, they make weekend plans to go clubbing, and they struggle with blood stain removal. The hilarious comedy from Waiti (Thor: Ragnorak, Hunt for the Wilderpeople) and Jemaine Clement (Flight of the Concords) will have you seeing vampires and werewolves in a new light. What We Do in the Shadows has been picked up by FX as a TV series for 2019.

Trade in social media for witchcraft and you get The Sisterhood of Night. Starring Georgie Henley, best known for her role of Lucy in The Chronicles of Narnia, young girls take an oath of silence (including staying off all social media) as they form a secret group that meets in the woods. In curious ways, the story parallels the Salem Witch Trials, leaving the audience to guess – who are the real evildoers of this story?

A Fantastic Fear of Everything
Directed by Crispian Mills and Chris Hopewell. Rated R. Comedy/Horror.