Listen Up! June is Audiobook Month 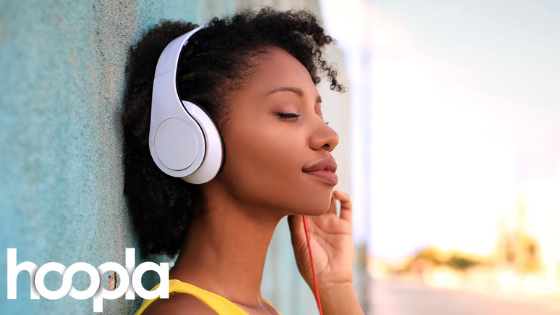 Audiobooks are a great resource for readers! Here are just a few reasons audiobooks ROCK:

Audiobooks can win their own awards! Check out a few of this year’s award-winning audiobooks from the library:

2018 Odyssey Award – The Hate U Give, written by Angie Thomas, narrated by Bahni Turpin

This annual award is given to the producer of the best audiobook produced for children and/or young adults, available in English in the United States.

The Hate U Give follows 16 year-old Starr Carter as she grapples with the effects of systemic racism and the murder of her friend Khalil. Bahni Turpin’s narration immerses listeners in this powerful story compelling them to question, understand, and empathize.

The Audie Award is awarded annually by the Audio Publishers Association.

The Civil War is less than a year old, and Willie Lincoln has passed away. From that seed of historical truth, George Saunders spins an unforgettable story of familial love and loss that breaks free of its realistic, historical framework into a supernatural realm both hilarious and terrifying. Willie Lincoln finds himself in a strange purgatory where ghosts mingle, gripe, commiserate, quarrel, and enact bizarre acts of penance. Within this transitional state—called, in the Tibetan tradition, the bardo—a monumental struggle erupts over young Willie’s soul.

Trevor Noah’s unlikely path from apartheid South Africa to the desk of The Daily Show began with a criminal act: his birth. Trevor was born to a white Swiss father and a black Xhosa mother at a time when such a union was punishable by five years in prison. Living proof of his parents’ indiscretion, Trevor was kept mostly indoors for the earliest years of his life, bound by the extreme and often absurd measures his mother took to hide him from a government that could, at any moment, steal him away. Finally liberated by the end of South Africa’s tyrannical white rule, Trevor and his mother set forth on a grand adventure, living openly and freely and embracing the opportunities won by a centuries-long struggle.

The Grammy Award for Best Spoken Word Album has been awarded since 1959.

The Princess Diarist is a 2016 memoir written by Carrie Fisher, based on diaries she kept as a young woman around the time she starred in the 1977 film Star Wars.