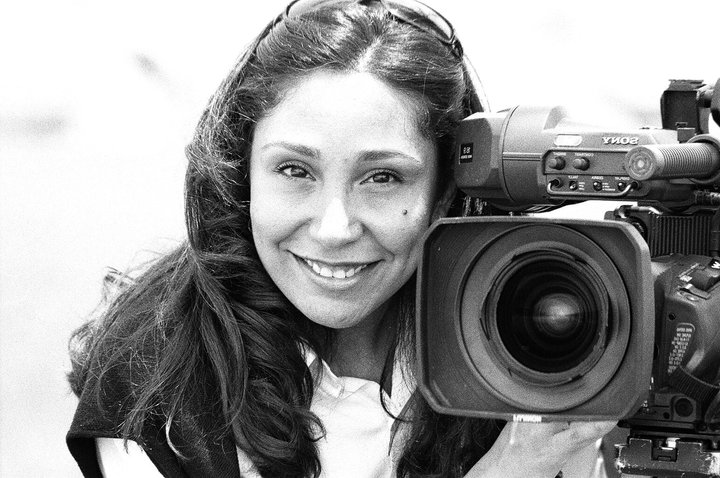 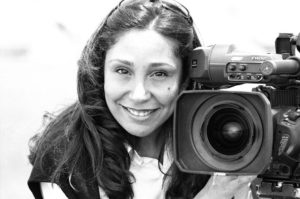 Haifaa al-Mansour has emerged as an international star and controversial figure as the first female Saudi Arabian director. She is continuously spearheading change in her home country of Saudi Arabia and has established herself in Hollywood as a directing marvel.

Even though al-Mansour did not picture herself as a director until later in life, she grew up with a love for the entertainment industry. There were no movie theaters in Saudi Arabia during her childhood, but al-Mansour’s parents brought home an endless supply of movies for her and her 11 siblings to watch. Her parents were not as conservative as most Saudis she knew and allowed her to have more freedom than other Saudi girls her age.

Al-Mansour’s family encouraged her to attend college in Cairo, where she earned her bachelor’s degree in Literature. She worked in the oil industry and began making short films as a hobby. She focused more on filmmaking in her 30s after she quit her job with the oil company and received her master’s in Directing and Film Studies. She directed multiple short films, including “Who?” and “The Only Way Out” before taking the plunge to direct her first feature-length movie.

“Wadjda”, which premiered in 2012, tells the story of a young Saudi Arabian girl who dreams of owning a green bicycle. After the film’s premiere, al-Mansour officially became the first female director in Saudi Arabia. The film was the first to be shot entirely in Saudi Arabia and the first to be submitted by the country for Best Foreign Language Film at the Academy Awards. Though “Wadjda” did not receive a nomination, the movie prompted a change in Saudi society.

Al-Mansour faced multiple challenges directing this movie due to her insistence on shooting the entire movie on location in Saudi Arabia. The country had virtually no film industry when she began working on “Wadjda”, which made it difficult for her to secure funding and filming locations. She and her crew also had to be aware of the religious police and often moved to new filming locations when they were nearby.

She also faced unique challenges as a female director. Saudi Arabian culture requires citizens to be segregated by gender, so al-Mansour was not allowed to interact with the male crew. While filming, she would sit in the back of a van, watch everything on a monitor, and communicate with her cast and crew through walkie-talkies.

Though she technically could have pushed the envelope and made her directing process more public, al-Mansour chose to conform to societal norms as much as possible. She says, “It wasn’t part of the statement I was trying to make. I wasn’t trying to clash with people; I was trying to make a film”.

While al-Mansour did receive a considerable amount of hate mail and criticism, people all over the world have praised her for amplifying women’s voices. She became the first recipient of the “Special Recognition” award at CineEurope and received a Crystal Award at the World Economic Forum’s 2019 meeting for working to transform Saudi Arabian culture. She is also one of 3 women on the board of the General Authority for Culture in her home country, which supervises creative development in Saudi Arabia.

Her success in Saudi Arabia eventually led her to Hollywood, where she has made films such as “Mary Shelley” and “Nappily Ever After”. Al-Mansour has proven that she can cover a wide range of themes in her work and does not limit herself by sticking to one topic.

The success of al-Mansour’s films have opened up avenues for other Saudi directors—both male and female—to bring their visions to the silver screen. Her work also encouraged the Saudi government to lift a 35-year ban on movie theaters; the first theater in the kingdom opened in April 2018 and screened “Black Panther”.

Saudi women are becoming more interested in directing thanks to al-Mansour and other prominent female directors. There is now a filmmaking degree program at Effat University in Saudi Arabia, and female students are able to film off the university premises.

Haifaa al-Mansour has ignited change in her country by courageously bringing women’s issues to the forefront of public discussion. Rock Hill honors her and all women directors this Women’s History Month with our display for films directed by women. Come check out some of these wonderful movies at the library!