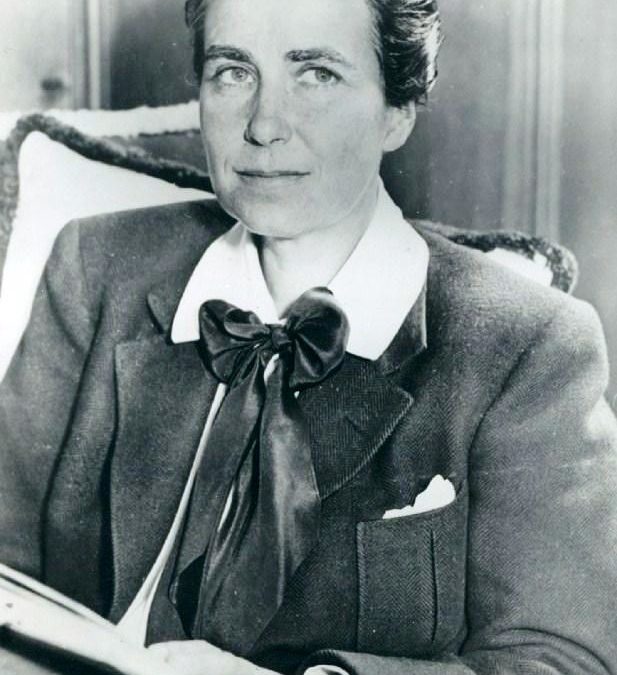 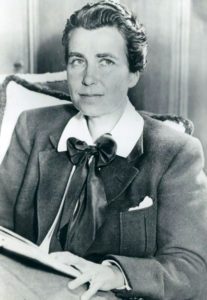 Dorothy Arzner isn’t a household name today, but she was certainly a prominent figure in the Golden Age of Hollywood. Arzner earned a special place in history as the first woman in Hollywood to direct a sound film. She was also the first woman to join the Director’s Guild of America (and remained the only female member for many years).
Arzner made a name for herself in Hollywood as a film editor and worked on over 50 projects before directing her first film. She knew she had a passion for directing and insisted that Paramount allow her to fulfill her dream, threatening to work for a rival studio if they did not meet her demands. The studio agreed and her debut film “Fashions for Women” premiered in 1927. The film was such a success that Paramount entrusted her with directing three more silent films in two years.
In 1929, Arzner directed her first sound film—also known as a “talkie”—titled “The Wild Party.” The film provided further confirmation of Arzner’s directing abilities and also allowed her to flex her creative muscles behind the scenes. She was the first known director to implement a makeshift boom microphone, which solved a persistent sound recording issue that had stumped even the greatest male directors of the time. Though she did not patent her invention, her ingenuity forever changed the course of cinema.
In the 1970s, Arzner claimed that her career directing big-name studio films ultimately met its demise when Louis B. Mayer, co-founder of MGM Studios, said that she was “difficult” to work with.
Though she no longer immersed herself in the glitz and glamour of directing “A” movies, she went on to make training films for WWII, work on commercials, and teach film courses at UCLA.
Arzner fell into relative obscurity until feminist movie buffs rediscovered her work in the 1970s. Her work fits perfectly into feminist discourse due to her focus on strong, well-developed female characters and emphasis on female relationships.
Arzner’s personal life is also a topic of discussion among movie lovers and feminists alike. She, like many of her characters, defied the gender expectations of the day by wearing suits and keeping her hair cut short. She was also romantically linked to numerous actresses, including Alla Nazimova and Billie Burke. Some critics have noted lesbian undertones in some of her films; while some people see criticisms of gender expectations of the time in her movies, others see criticisms of heteronormativity and heterosexual relationships as a whole.
Arzner was the only woman directing in the early days of sound film, yet she surprisingly did not face as much discrimination as one may think. She encountered few roadblocks and said that male coworkers were often more helpful than women. The complete absence of other female directors during her time indicates a presence of sexism within the industry, but Arzner, through strategic career moves, circumvented these biases.
A true pioneer, fans and critics remember Dorothy Arzner as a prolific and inspiring queer and feminist filmmaker. Her resourcefulness and imagination shaped the film industry and, to this day, she has the largest body of work of any female director in Hollywood. Rock Hill honors her and all women directors this Women’s History Month with our display for films directed by women. Come check out some of these wonderful movies at the library!
Notable Films: Blood and Sand (editor); Fashions for Women; The Wild Party; Christopher Strong; Dance, Girl, Dance