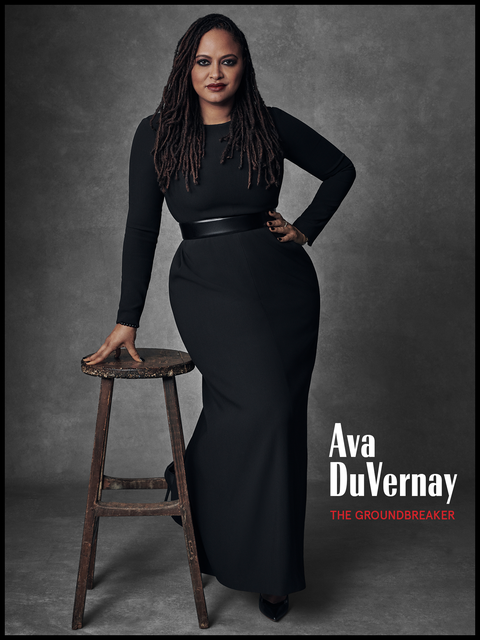 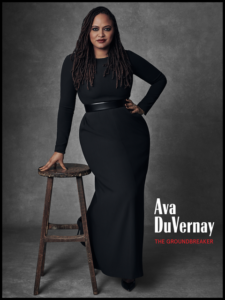 Ava DuVernay has been shattering glass ceilings and defying expectations since coming onto the directing scene less than 15 years ago. In that time, she has helmed multiple groundbreaking films, broken records, and paved the way for future filmmakers through her philanthropic efforts.

DuVernay worked in journalism and public relations before launching her directing career in 2005. She focused on making documentaries so she could learn the trade while working with smaller budgets. She moved on to direct her first narrative film in 2011 and, since then, has continued working in both fiction and non-fiction formats.

Despite being well-known in the directing world, the public did not know much about DuVernay until she directed “Selma” in 2014. DuVernay made history as the first black woman (and the fifth woman ever) to be nominated for a Golden Globe for Best Director. Though she did not win the award, her historic nomination catapulted her into the spotlight.

Achieving so many “firsts” is a testimony to DuVernay’s talent, but it also exposes Hollywood’s diversity problem. From 2007 to 2017, women directed only 4% of the top 1,100 films, and DuVernay was one of only four black female directors during this period.

As a director and producer, DuVernay has persistently called out inequality in the entertainment industry. She strives to fill the gaps in an environment that she asserts is not exactly welcoming to black women filmmakers.

DuVernay is also using her power in the business to lift up other underrepresented directors. She started a company called ARRAY in 2010 that promotes and distributes independent films made by women and people of color. The company has distributed films such as “Honeytrap” and “Mississippi Damned”.

In an effort to promote gender and racial equity in Hollywood, DuVernay teamed up with Dan Lin, the producer of “The Lego Movie”, and Eric Garcetti, the mayor of Los Angeles, in 2018 to start the Evolve Entertainment Fund. The program funds internships for women, people of color, and individuals from low-income households.

Ava DuVernay has broken barriers with her fearlessness, unique perspective, and talent. Rock Hill honors her and all women directors this Women’s History Month with our display for films directed by women. Come check out some of these wonderful movies at the library!

In the Middle of Somewhere with Ava DuVernay and Emayatzy Corinealdi