Black History Month is here! February is dedicated to celebrating the contributions Black Americans have made throughout history, and Rock Hill is doing our part by highlighting notable Black authors. Check back every week in February to find new posts. This week, read about young adult and middle-grade author Jason Reynolds! 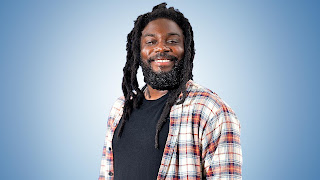 Jason Reynolds was born in Washington, D.C., and grew up in neighboring Maryland. While growing up in Oxon Hill, Reynolds fell in love with rap music and, at age nine, made the life-changing discovery that rap music was essentially poetry said out loud. He loved that poetry could sound like him and the people in his neighborhood and set out to write poetry of his own. He read an original poem at his grandmother’s funeral at age 10 and also wrote poems for each of his grandmother’s siblings when they passed away.
Despite his voracious appetite for all things poetry, Reynolds did not have a similar love affair with literature. In fact, he didn’t read a full-length book cover to cover until his late teens. He tells students now how uncool it is to not read books and encourages them to find books that speak to them, but he didn’t have anyone to tell him that as a kid. Thankfully, though, he did eventually get bitten by the reading bug and he hasn’t stopped since.
After graduating high school, Reynolds went to the University of Maryland where he got his BA in English. As an undergraduate, Reynolds wrote and published a poetry collection called “Self” with a friend but, despite this initial success, was unable to get other works published.
Reynolds gave up on his dream and focused on other work. He worked in retail for a while before moving on as a caseworker in his father’s mental health clinic. He unsuccessfully applied to multiple graduate schools and was about to give up on being a published author for good until a friend—the son of author Walter Dean Myers—encouraged him to start writing again. After reading some works by Myers, Reynolds got the courage to pick up the pen again and write his own young adult novel.
Reynolds published “When I Was the Greatest” in 2014, for which he won multiple awards. He published at least two books every year between 2015 and 2019 and has more to come. While he may write for adults in the future, his main focus right now is inspiring kids to read and giving kids both a mirror into their lives and a window into a life unlike their own. Check out his books at the library or put them on hold on our website. 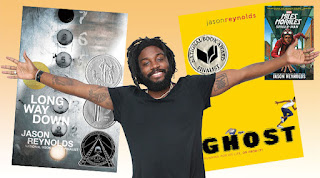