Black History Month is here! February is dedicated to celebrating the contributions Black Americans have made throughout history, and Rock Hill is doing our part by highlighting notable Black authors. Check back every week in February to find new posts. This week, read about bestselling author James McBride! 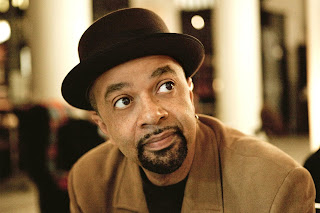 James McBride was born and raised in New York City. He is the eighth of twelve children born to an African American father and white, Jewish mother.
Though today McBride is best known as an author, he had a wide variety of interests and skills growing up. He studied composition at the Oberlin Conservatory of Music, where he quickly discovered his love of writing and honed his talent. He then went on to earn a master’s degree at the Graduate School of Journalism at Columbia University.
McBride quickly rose to fame when he published a biography of his mother, Ruth, called “The Color of Water”. The book soared to the top of bestseller lists and instantly became an American classic. It has since been translated into 16 languages and has earned McBride the title of international bestselling author. 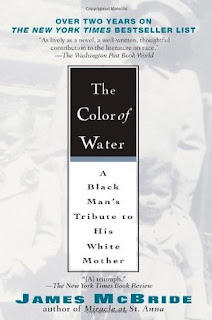 Today, McBride still writes and is also a musician and screenwriter. As a saxophonist, McBride has toured with various jazz musicians and was also in the musical group Rock Bottom Remainders, a well-known group of musicians who are also authors.
Want more of James McBride? Check out one of his books at the library or catch the limited series based on his book “The Good Lord Bird” on Showtime!
Sources:
https://www.jamesmcbride.com/bio/
https://www.albany.edu/writers-inst/webpages4/archives/mcbride.html
https://www.neh.gov/about/awards/national-humanities-medals/james-mcbride