Black History Month is here! February is dedicated to celebrating the contributions Black Americans have made throughout history, and Rock Hill is doing our part by highlighting notable Black authors. Check back every week in February to find new posts. This week, read about National Book Award-winning author Jacqueline Woodson! 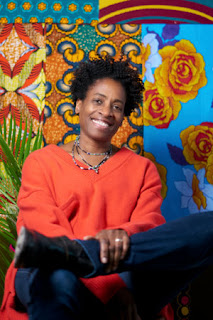 –
Jacqueline Woodson was born in Ohio and spent her early years in South Carolina. Her family moved to Brooklyn when she was seven, which is where she spent the remainder of her childhood.
Woodson started writing at an early age and remembers that at age three her sister taught her how to write her name. Even though she was merely going through the motions, the act of putting a pencil to the page in itself gave her a sense of power.
As Woodson got older, writing became more than just a physical act for her as she began crafting original stories. She started to take writing more seriously in fifth grade when she got positive feedback about one of her stories from a teacher. Woodson loved the freedom she felt while writing and was hooked from then on.
Writing fell to the wayside as Woodson went to college to earn her teaching degree until her junior year when she started writing “Last Summer with Maizon”. She graduated and got a job at a children’s packaging company, where she helped write standardized reading tests. Woodson used a section of her manuscript for one of California’s reading tests, which drew attention from a children’s book agent who subsequently encouraged Woodson to send out the rest of the manuscript. The manuscript eventually ended up in the hands of an editor at Delecorte, and the book was published in 1990. 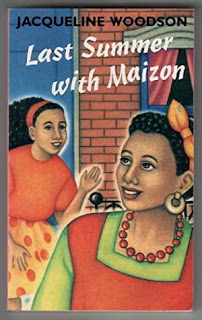 Critics have credited Woodson with changing the landscape of the publishing world. Not only has Woodson made great strides in increasing visibility for Black authors and book characters, but she also has made it easier for people to write about tough topics for kids and young adults.
When she first came on the scene, Woodson was one of the only YA authors confronting controversial issues on the page. Issues like teenage pregnancy, interracial relationships, class, sexuality, and other taboo subjects were rarely talked about until she came along. Not only does she make these topics more accessible to teens, she has also inspired others to follow in her footsteps.
Woodson has published at least one book almost every year since 1990. Though she mainly publishes fiction for children and young adults, she has also written for adults. Visit our website to place her books on hold, or visit the library to browse the shelves! 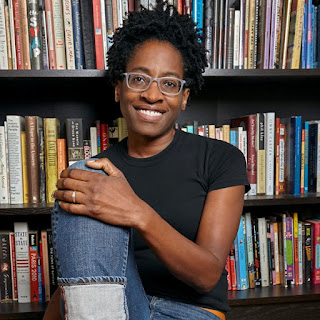